The tour has 2 options to choose from:

Singapore’s dynamic ethnic neighbourhoods with enduring traditions showcase a vibrant past but also thrive on reinvention. Discover history, heritage, art and architecture as your guide walks you through narrow lanes where your senses of sight, sound and smell will be awakened.

This tour takes you to two very different old quarters of Singapore: Chinatown and Kampong Glam. These two neighbourhoods were conceived in Raffles’ 1822 Master Town Plan, created to help the immigrants from different communities to settle and thrive in a new land.

Chinatown. The Chinese were allocated the area south of the Singapore River on Raffles’ Town Plan, settling and building shophouses and godowns. We will traverse three of Chinatown’s four districts, including the landing site of the first immigrants, who gave thanks for safely arriving by building what is now Singapore’s oldest Chinese Temple.

Kampong Glam. It was envisioned as a Malay enclave divided into three sections in Raffles’ Town Plan: one for the Sultan, one for the Arab traders, and one for the Bugis settlers. Today, Kampong Glam retains much of its traditional flavour. But, the area has also grown to become one of Singapore’s most bohemian and hippest areas bursting at the seams with cafes, bars, and clubs sitting alongside the golden Sultan mosque and adjacent heritage centre.

Once again, I had a fabulous experience with Jane’s Tours! Our guide Elaine was very knowledgable about the areas we visited and even helped us take the best possible photos. The tour was a great mixture of the different cultures that make up Singapore, including the Chinese, Indian and Malay people and the Arab influence. Beautiful sights, tastes and smells- I highly recommend this tour!

Maddi, TripAdvisor
Best value for money tour in all of Singapore!

Would highly recommend Jane’s Tours!
The Explore Ethnic Enclaves Tour was well organised, professional, interesting and fun!!
Our guides, Lim and Rachel were knowledgeable, enthusiastic, friendly and so willing to share!
Can’t recommend highly enough, would book another tour with Jane 👌🏽

As a resident of Singapore, I feel lucky to have been able to take advantage of more tours with Jane’s Tours than I can count. I particularly love the Tuesday walks exploring the different distinct areas of Singapore…including Tiong Bahru, Kampong Glam, Geylang and The Botanic Gardens to name a few. Jane and her team are knowledgeable without being over -facing; interesting in the telling of local stories and fun to be with… Every tour is a winner! 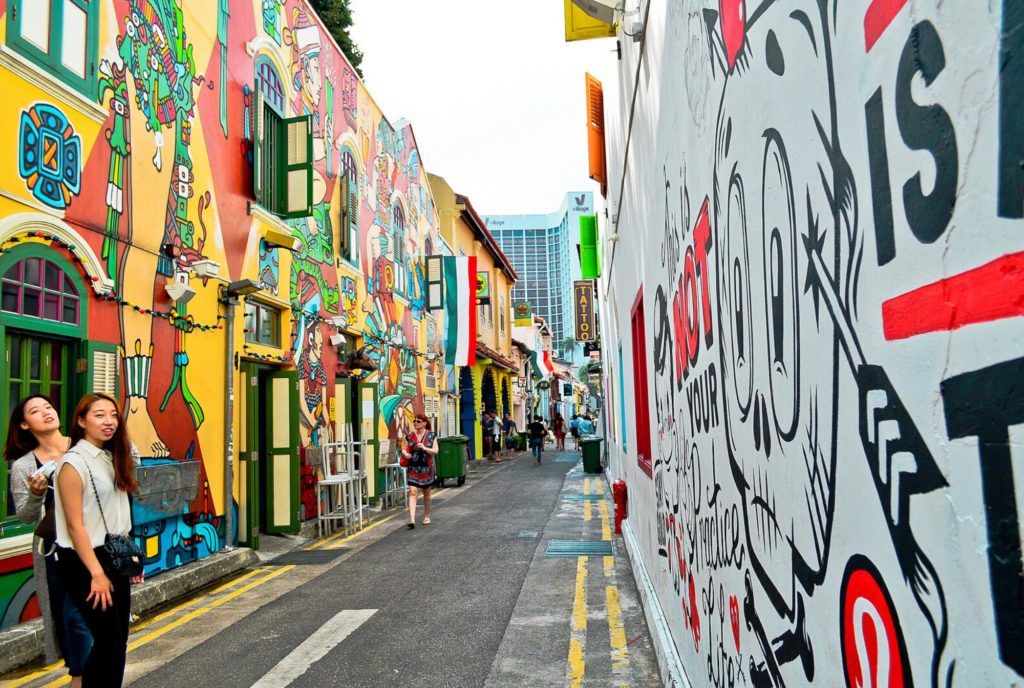 This tour takes you to 2, very different, old quarters of Singapore; Little India and Kampong Glam. These two neighbourhoods were conceived in Raffles’ 1822 Master Town Plan that was created to help the immigrants from different communities to settle and thrive in a new land.