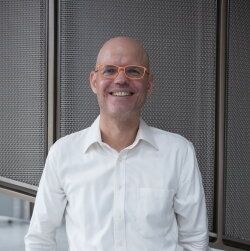 A Munich-born, London-trained historian of French colonial Southeast Asia, Frederik arrived in Singapore in 2004 to be with his Singaporean girlfriend (they eventually got married in the Old Parliament!). After brief stints with the Asia-Europe Foundation and the Asia News Network, and living in three different generations of HDB flats in his first year, he joined the Singapore Management University and became a founding member of its new School of Social Sciences.

Based in the Bras Basah area of the old Civic District for the next half dozen or so years, Frederik’s teaching and research eventually led him to discover the joys of extending his office and classroom to the nearby areas—fascinating multi-layered urban and natural habitats.

After his contract came to an end, Frederik decided to abandon the security of his coconut shell by embracing a new life as a tour guide, in which capacity he makes Singapore his oyster by weaving together stories and histories, plants and birds, geography and chronology, foods and fruits, in ever new ways, to ever changing audiences, and in dynamic settings.

Daughter’s visual arts teacher told her to go on a shophouse tour, so we managed to get a bespoke one from Jane’s Tours. It was very good, our guide Frederik put a lot of effort into finding out what we wanted from the tour and tailoring the itinerary for us. He was knowledgeable and the tour was very enjoyable.