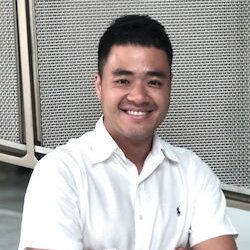 Not too far into Byron’s education he discovered that he’d much rather listen to a lecturer drone on about historical narratives, than macroeconomic theories or calculations of covalent bonds. And so, Byron pursued a bachelor of arts degree in history at the National University of Singapore. He then returned to military service with the Air Force as an Air Warfare Officer, and served for a total of 8.5 years.

During his time as an instructor in the Air Force, he decided more could be done to renew other Singaporeans’ love for our island home.

Armed with a newfound purpose, he embarked on the journey to become a Singapore Tourism Board licensed guide in 2017, and has designed various tours covering the urban and cultural development of Singapore. He is also a docent volunteer at the Singapore City Gallery by URA.

Apart from History, Byron’s second love is football. He makes the effort to watch his team play every week and considers his biennial football watching trips to the UK to be nothing less than pilgrimages!